I got a letter back from the OFGS regarding any records they may have on Sallie Alice Byers. There was some helpful information in the letter regarding this line of research. The researcher also provided copies of other Byers and Herrings found in their records.

I was looking on Internment.net for pictures of the Blanding Cemetery, but found none. Interestingly though I found this in my own backyard. And no, I have no idea who they are. Although the names Oscar and Alva are names that were used to name Clark and Rachel's children. Just what I need, another mystery to solve.

I was looking at FindAGrave.com to see if they had any pictures of the Blanding Cemetery. They don't seem to have any yet. I guess I'll add some when I get back from my trip to Blanding this summer.

I looked up Gerald Carothers at the Rose Hills Cemetery, but he was not listed on FindAGrave.com, so I added an entry for him. It is here.
Posted by Don at 7:09 PM No comments:

I think I have discovered John H. Carlisle, who was married to Lucretia Redwine in the 1910 US Census. He is living as a boarder with John and Elizabeth Witherlay in Wickenburg, Maricopa County, AZ.

Unfortunately, my US Census source does not have an index for the 1920 US Census in Arizona. I will keep looking around though.

I will request Lucretia's death certificate, and the marriage certificates for her marriage to John H. Carlisle and William Henry Carothers.

I found John and Elizabeth Witherlay in the 1920 US Census in the same town, but John is no longer living there. John is now the acting postmaster, and his wife is his assistant.

It looks like John H. Carlisle has moved out of Wickenburg. I did not find him in the town in 1920.
Posted by Don at 12:30 PM No comments:

A nice map of Arizona Counties

I just like this map and want to keep a link to it.
Posted by Don at 12:27 PM No comments:

On my first look through these enumeration districts I was unable to find John or Lucretia.
Posted by Don at 9:22 PM No comments:

Lots of family mail this week!

I received a letter from my Aunt Lana this week. I sent a letter to her mother to request some information about her parents, and Aunt Lana replied in her behalf. I was very happy to receive her response, and hope to continue our correspondence.

I also received some family histories this week from Shirley, my Kansas cousin. She is a descendant of Clark and Rachel Carothers through their son Jerome.

It has been a busy week for genealogy!
Posted by Don at 9:49 PM No comments:

Today I visited the Rose Hills Cemetery, mentioned in this post, to visit the grave of my grandfather, Gerald Carothers. It is the first time I have done so. 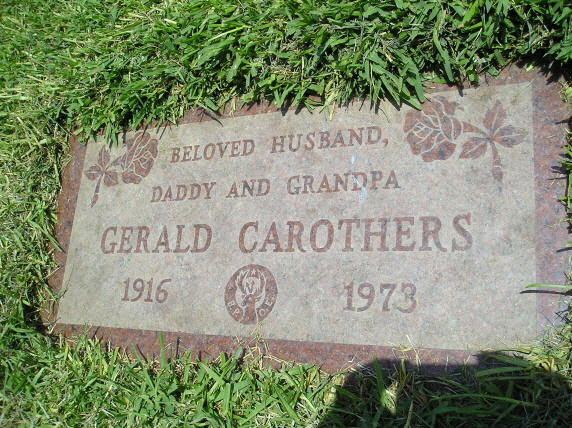 I have included some pictures of the cemetery around the grave. It is a beautiful cemetery. 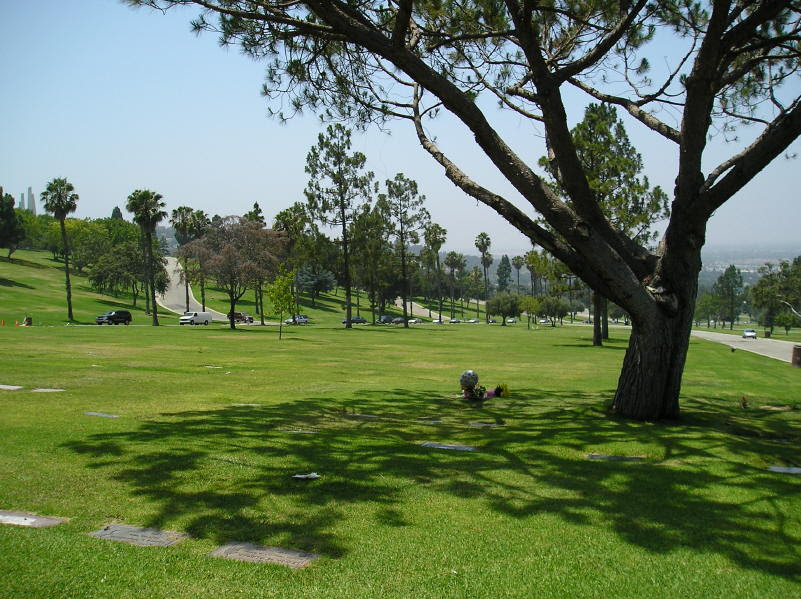 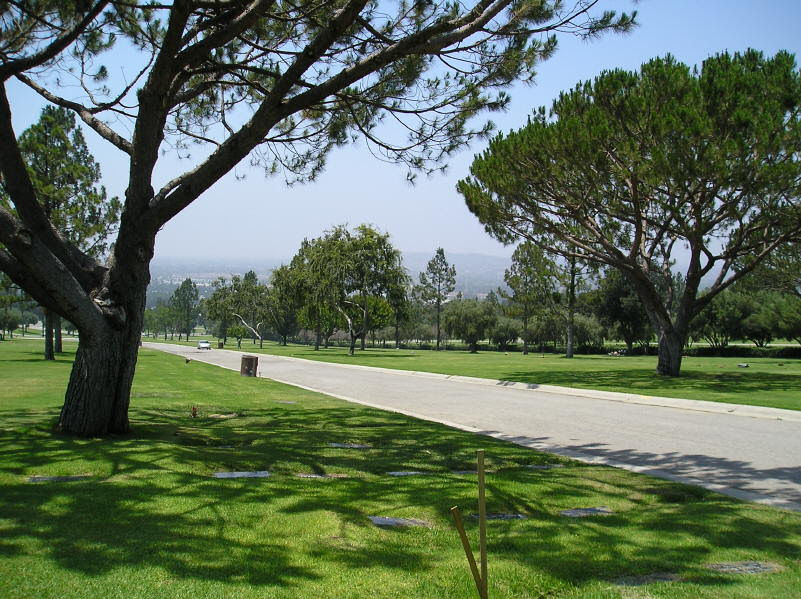 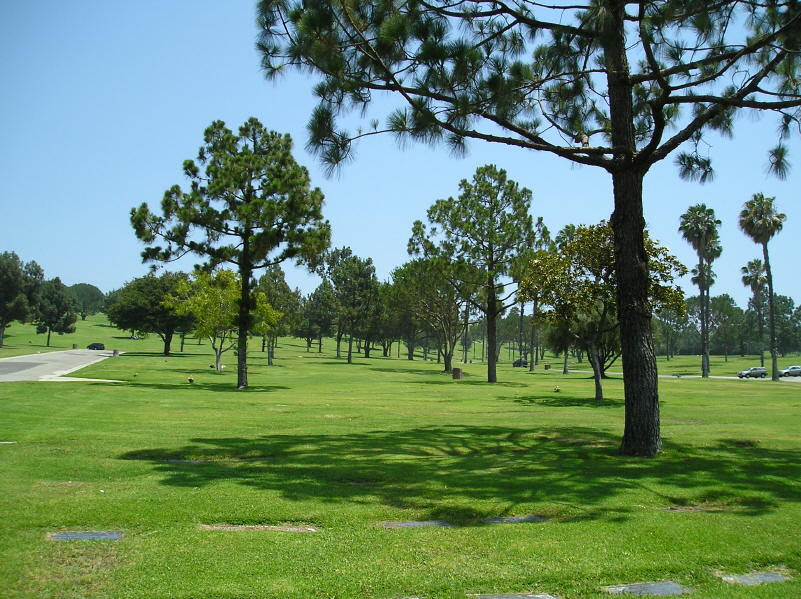 Here is a reply to my post for information about Lucretia R. Carothers:

If you've not searched the family trees on ancestry.com-these two women are shown to be two of the 10 children of James Haskell Redwine Jr. and Frances Ann Fowler; Bertha Lucretia Redwine married first to John H.Carlisle in 1924 in Prescott,AZ; he died in 1934 in AZ; then apparently married to William Carothers.

Ella Beatrice Redwine first married to Charles Wesley Yount in 1900 in TN.(based on the surviving children in her obit-this famiy is in Anderson Co., TN in 1920-children listed are Vivian age 15, Anna age 8, Everett age 6, Charles Jr. age 4, and Mark age 1.Charles Wesley Yount registered for the WWI draft in Campbell Co., TN, birth date May 6,1882 and was a coal miner-next of kin Ella Yount)

Again, based on the survivors; the surviving sister "Mrs.Leslie Moser", was Gypsey Frances Redwine.

I think I had initially looked up John H.Carlisle in Arizona's online database, but narrowed my search to Yavapai County. Actually, his death certificate is in Gila County. It looks like he took his own life with a gun on May 17, 1934 in Claypool, Gila County, AZ. Lucretia Carlisle is listed as his wife, but not as the informant on the death certificate. No doubt a very sad tale there.
Posted by Don at 11:14 AM No comments:

I have received two more responses to my Redwine family queries regarding Lucretia. Both are from descendants of Lucretia's parent's family. One of them is from the researcher who posted the information on Rootsweb.com I reference in a previous post. He has a photo of Aunt Crete, and more information about this family. How great is that!
Posted by Don at 10:15 AM No comments:

More info on Lucretia from Rootsweb.com

I found the following at Rootsweb.com:

I posted the obituaries for Lucretia and her sister, Ella, on the Genealogy.com and Ancestry.com message boards for Redwine, Arizona and Tennessee. Today I received an email from another researcher that contains information about Lucretia's parents and siblings! This information is on Rootsweb.com:

From Ella B. Tewksbury's obituary, we have a match to child number 4 above, Ella Beatrice. The birth date is an exact match, and the fact that she married Charles Wesley Yount is a match with information I received regarding Ella's daughter Vivian.

From Lucretia's obituary, we have a matching birthdate and place to child number 3, Bertha Lucretia.

Both obituaries list Leslie Moser as a survivor. She is wife of child number 9, Gypsey Frances.

I'll be looking into this further. It is quite a break! That's the power of the internet in tracking down genealogical information. A couple days ago, I didn't even know Lucretia's name!

My thanks to this researcher, who I don't name only to protect their privacy!
Posted by Don at 9:46 PM No comments:

Another possible niece of Lucretia's

Here is a very short obituary for another niece of Lucretia's by her sister Ella. See Ella's obituary here, where her daughter Jean is listed as a survivor.

I found this using good old Google.
Posted by Don at 4:35 PM No comments:

Another vote for Redwine

Okay, follow me on this one. Vivian Nelson is Lucretia's niece, by Lucretia's sister Ella. Below is information from ArizonaGravestones.org:

Notice the last line, Vivian is the daughter of Charles Wesley Yount and Ella B. Redwine. We first met Vivian in her mother's obituary. This provides further evidence for Lucretia's maiden name being Redwine. The 1904 date for Vivian's birth in Knoxville, TN provides some evidence as to Ella, and likely Lucretia's general whereabouts at the time. Lucretia's obituary states 1925 was the date for her arrival in Arizona.
Posted by Don at 9:42 PM No comments:

They are not listed in the 1920 US Census at the same location.
Posted by Don at 9:39 PM No comments:

In Ella B. Tewksbury's obituary, one of the survivors is listed as her daughter, Mrs. Anna Deck of Baldwin Park, Calif. Notice that Ella's sons have the surname Yount.

A rather good match. This indicates that Ella's maiden name is Redwine, and therefore it is likely Lucretia's maiden name as well. One can never tell with multiple marriages and such.

If I'm right, this will be a big help in tracking down more information about Lucretia and her family.
Posted by Don at 7:23 PM No comments:

The Sharlot Hall Museum comes through

I have already received a response from the Sharlot Hall Museum from my online request for an obituary for Lucretia R. Carothers. That took all of 3 days!

Lucretia Carothers passed away Wednesday in Mother Warfield's Nursing Home. She was born October 9, 1881 in Tenn., and had been a resident of Prescott for one year and of Arizona since 1925. She was a retired postal clerk.

She is survived by two sisters, Ellen Tewksberry, of Prescott, and Mrs. Leslie Moser of Florida; and one niece, of Prescott.

Services will be conducted Saturday at 11 a.m. in the Chapel of the Garden with private internment in Mountain View Cemetery. A Christian Science reader will officiate.

Visitation in the Chapel of the Garden will be Friday 2 to 5 p.m.

They also sent a copy of an obituary for Lucretia's sister, Ellen Tewksberry.

It is a bit annoying that they had no surviving brothers, nor are the parent's names mentioned, let alone the maiden name for these two sisters! But if they were, there would be no challenge for me, eh? There are some new clues that I will be pursuing.

They also sent a copy of the death certificate and an obituary for William Henry Carothers, Lucretia's husband. I already have copies of them, but it was good of them to be so thorough.
Posted by Don at 4:36 PM No comments:

The recent upgrade of the software for my genealogical database website differentiates between photos and photos of documents. So, I added a 'Documents' menu selection to the front page of my website, and changed all my document photos to be documents.

I'm still in the process of contacting a distant Herring cousin, see this post for more information about the cousin and why I'm trying to contact them. My latest mail attempt to contact them failed with a returned letter and an "insufficient address" stamp. So, I called information and got a phone number. I was able to leave a message. Hopefully, it is the right Gary!

An interesting find that relates to this cousin's post and provides further evidence that this William and Sallie Alice Herring are Myrtle's parents is that in the 1910 US Census, Missouri, Henry County, Clinton, Sallie A. Herring is living directly next door to Andrew M. Carothers, the older brother of William Henry Carothers.

I sent a request, via their website, to the Sharlot Hall Museum for a copy of the obituary of Lucretia R. Carothers. Hopefully they can find one! As I mentioned before, I don't even know Lucretia's maiden name, parents, etc.
Posted by Don at 12:40 PM No comments:

A new member of the Sharlot Hall Museum

I'm sending a letter to become a member of the Sharlot Hall Museum. I'm planning on visiting Prescott, AZ and the museum this summer. I have a few queries to make of them as well. Hopefully, I'll be making some of the queries before I go. For one, I need to determine how to locate the unmarked graves of William Henry Carothers and his wife Lucretia. I guess I better start working on that next.
Posted by Don at 10:45 PM No comments:

I received my copy of the "Old Fort Log" from the OFGS a couple of days ago. It provides a lot of information about the organization and their members. There are also stories and newpaper items from the past which are interesting to read. I made a request for information about Myrtle Elizabeth's mother, Sallie Alice Herring. She lists Fort Scott as her place of residence on Myrtle's death certificate.

Although the letter, to the source for Sallie Alice Herring, came back in the mail, I found another address and sent that letter several days ago. I'm still hoping to hear back from him.
Posted by Don at 1:16 PM No comments: